I use a Macbook Pro, running macOS Catalina, and have often found that it will sometimes go to sleep at unfortunate times. Namely, when I am downloading or uploading stuff. So this little HOWTO will show you one way you can prevent that.

Just use the caffeinate command. Simply open a terminal and enter:

As long as your system is on AC power, that command should prevent your system from entering sleep mode. Now your downloads/uploads will continue uninterrupted. And when you’re done, simply press CTRL+C while focussed on the terminal to cancel the command. You’re welcome. 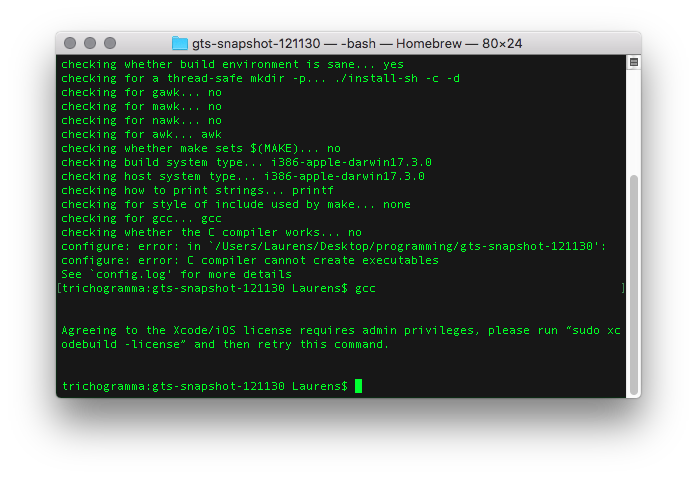 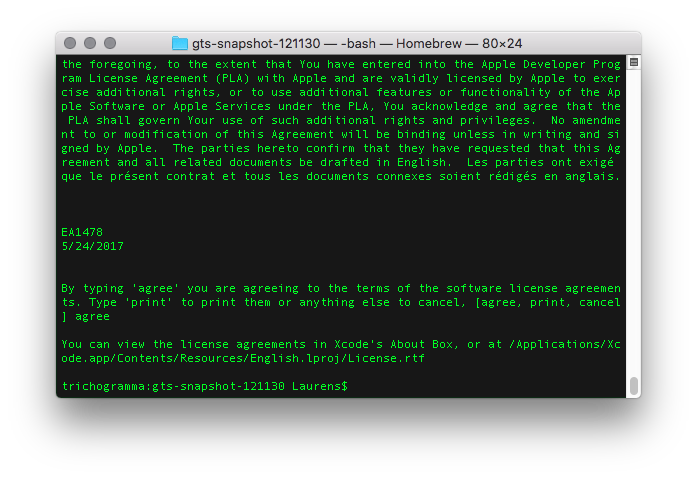 Hopefully you should now be able to create similar models. If you managed to get POVScript+ working, then you can finalize by deleting some stuff you don’t need. And there is a lot of stuff you don’t need! The whole GTS Library build directory with sources can be trashed since you already installed the libs on your system. And from the gtk directory (containing over 2 gigabytes of data!) you only need the subdirectory “.../gtk/inst“.  Once you delete the source files, you will have reclaimed about 1.8 gigabytes of valuable memory space. And finally you can also delete Xcode—unless you plan to build more projects, of course.